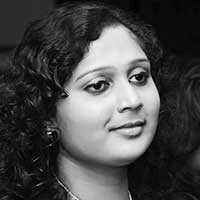 Chanuka Viraji Thilakarathna is a former student of Ferguson High School, Rathnapura. She has excelled in both academic and extra-curricular activities at school and became a popular character among the school community. She completed her Advanced Level examination in 2010 with flying colors and got selected to the Faculty of Arts of the University of Colombo. She completed her Bachelor degree in Sociology Hons. obtaining a second-class upper division in 2016. In addition, she studied Counseling, International Relations and Demography.

She is an actively member of the biggest grass root level National Youth Organization of South Asia, Sri Lanka Federation of Youth Clubs. She has been volunteering with Sri Lanka Federation of Youth Clubs since 2014 up to percent. As well she is a volunteer of United Nations Volunteer in Sri Lanka since 2014. It is a great honor that she was the Minister of Youth Entrepreneurship & Economic Affairs of Third Sri Lanka Youth Parliament. She has nominated for the Commonwealth Youth Council Executive Board 2018 – 2020 for the post of Representative of the Special Interest Groups. She is the founder of India – Sri Lanka Commonwealth Youth Exchange Program. Chanuka is appointed as a member for the constitutional committee in Commonwealth Youth Council in recently. As a Co – Founder of “Women for Sustainable Development”, she has planned to do island – wide projects for Women empowerment For this, many non – governmental & civil organizations have joined with her.

She is full time working as an executive at International Business team of Mobitel Private Limited, Sri Lanka since June 2016. As a young social worker, she is working for youth, women and children in Sri Lanka. Thus she believe and hope to raise her voice in all capacities in national and international levels. Her ultimate goal is to become a powerful social worker in the world.